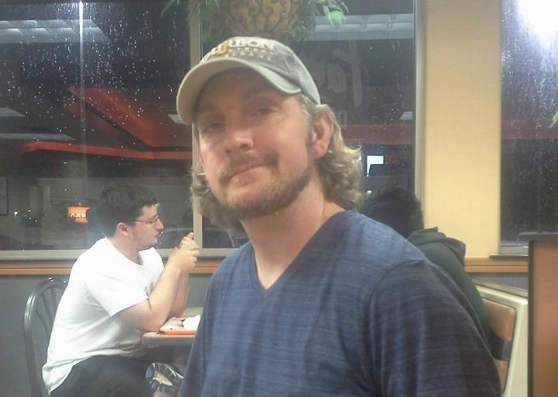 It is that time of the year!! It seems like forever since our last tourney, the High Stakes Shootout!!! The draws are big and the tennis will be great this weekend, but we all need to do a collective “Rain, Rain, Go Away” dance!!

With that being said here are my not-so-scientific, probably incorrect, stone-cold locks for this weekend. If you are new to this, I will give my not-so-expert opinion and/or average analysis of the draws. If nothing else, they provide motivation for folks to tell me that I either didn’t pick them or more importantly, I did pick you and you are now destined to lose. So with that, here we go!!!!

Men’s 3.0 Doubles – What a great draw here! I am going to have to go with Robert Dudley and “all I do is win” Matt Brashear! They are the #1 seed and they are fresh off of their Calcutta win. These guys might win more 3.0 matches than Hugh Finkelstein and Zach Barnett!!!

Men’s 3.5 Doubles – This is a tricky draw!!! This is almost a “pick ’em”. One of the most evenly matched draws with some great players. I’m picking Drew Taylor and the fellow lefty CJ Simon to win this one. They have a tricky first-rounder vs poker star, Sean Massey, and the “Lifer” Rodney Sullins. Did you know that Rodney and I were 3.5’s at one time on the same team…… Lots of great first-round matchups. I hate that they are at Rebsamen.

Men’s 4.0 Doubles – Another great draw that any team can win. I’m going with Mike Rector and Taylor “Zac Effron” Condrey to win this one. Another set of great first-round matches at Rebsamen with Greg Jones and Chris Simon vs young gun Henry Bethel and Steve Jackson. Big serving going on there for sure!!! Look at Jay Davidson coming back on the scene and pulling a #2 seed!!!

Men’s Open Doubles – Well for full transparency, I have to pick myself to win this. However, when I’m on the court, it’s more like, “Which of these things aren’t like the others”…

Good sportsmanship award goes to Marco for even wanting to be my partner this weekend. I’m going to do my best to stay out of his way! With that being said, I think that Julio Jr and Casey Garretson are the #1 seed for a reason. They will be a tough out. Will be some great tennis this weekend with some awesome players.

Men’s 3.0 Singles – Now that the sandbaggers have moved on to 3.5, this leaves 3.0 singles wide open. I’m going to cop out and just stick with the #1 seed, Aaron Glazier to take this. Don’t count out rockstar, Jeremy Partin to make a run if he can get by his first-round match vs newbie Blake Wiggins.

Men’s 3.5 Singles – “2 Fists of Fury”, Rey Koplen is the guy to beat. Just hit it to his backhand if you can figure out which side that is…..

Men’s 4.0 Singles – This is another interesting draw. I’m picking Richard Fincher here. I’ve seen him hitting the courts hard with Quads the last couple of months and he is primed up. I think “Hollywood” AJ makes some noise in this draw however.

Men’s 4.5 Singles – Here is my dark horse pick of the tourney. I am going with Chenal Academy graduate Eli Pierce to win this draw. I have gotten to see him over the last few years play thru high school and he will be a tough out this weekend.

Men’s Open Singles – Boy, I’m sooooo excited for this draw. We need the rain to hold off just for these matches alone. I have to go with Sergio to win this one. Poor Marco is going to be exhausted having to carry me in doubles, he won’t have enough in the tank. But what a great round robin to watch some of the best singles in the state.

Women’s 2.5 Doubles – The team with most experience here is Kara Bloomfield and Carolyn Wells, so I’m picking them in this draw. But good luck to all of the Chenal Ladies this weekend in the draw, it will be fun.

Women’s 3.0 Doubles – This is a very loaded draw. I wish I could “box” my picks here because there are multiple teams who can win this. I am going with Shannon Mulkern and Adrian Dudley. I know that Kristi Cortright and Jennifer Dartez are going to roast me for not picking them, but I am more afraid if I did and they lost, what they would do.

Women’s 3.5 Doubles – I’m going with Suzy Balkman and Danielle Crain in this draw. No matter what, this team will have the most fun on the court the whole tournament.

Women’s 4.0 Doubles – No brainer here. Melanie Kiker and Kristen Ford for the win!!!

Women’s 2.5 Singles – AC Cargile is the #1 seed and I am going to pick her to win. Mostly because she hurt herself in one of my drills and I hope she can get some good luck on the Chenal courts again!!!

Women’s 3.0 Singles – My pick is Kristen Reynolds in this bracket.

Women’s 3.5 Singles – I am going with Buffy Carter in this bracket. Totally toss up here.

Can’t wait to see everyone again this weekend.
Brandon